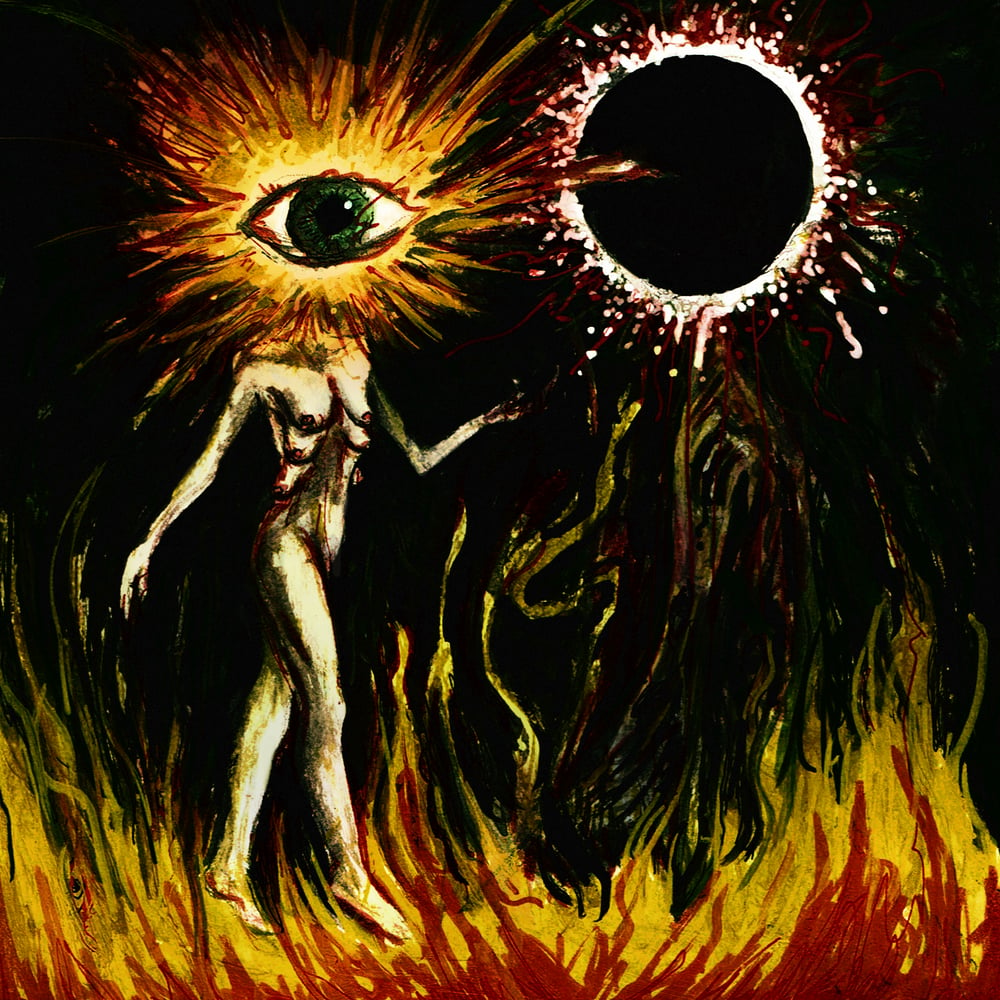 A mysterious one-man entity hailing from the ever-vital Icelandic black metal scene, ILLKYNJA burst forth from the void fully formed, with a full-length recording evincing a maturity far beyond the band’s young years. Titled Sæti Sálarinnar, this debut LP was first released digitally, but so brilliant was its muse that GOATHORNED simply had to release it in physical CD format.

Infinitely grimy and utterly gutted, to experience ILLKYNJA’s Sæti Sálarinnar is like entering a smokestack – in outer space. Fathomlessly dense ‘n’ dark riffs constantly collide against the listener, crushing and crumbling any last semblance of sanity, while a dizzying, delirium-inducing sort of melodicism skews that “sanity” yet further. Meanwhile, a commanding throat from the bottommost depths harangues that listener, howling forth horrors of an otherworldly nature…and the attack keeps pounding, pounding, POUNDING. And yet, within that seemingly savage expanse exists an alternately alien/alluring amount of nuance, which reveals itself the further one plunges into Sæti Sálarinnar. The traces of melody become more distinct (however unsettling), the songwriting righting into more linear shapes (implosion imminent), the surge palpable but able to be grasped, only for the slipstreaming to begin in earnest: ILLKYNJA delight in jettisoning you into the void from which they came. Resistance is futile, indeed.

No one can hear you scream in space. The same can be said for ILLKYNJA’s Sæti Sálarinnar, a hundredfold.